The best way to play table war games online with your friends!

Write here if you have you found a bug or you just want to share and idea to make this game better.
Post Reply
3 posts • Page 1 of 1

Hey, I was wondering if it was possible to implement a fix for Army lists randomly reordering where things are, as in they're not sorted by Ids numerically. It seems to happen when cloning things into a lists. It's rather frustrating having to sort through this whenever I want to take things out after I've spent a lot of time trying to get everything in a nice order: 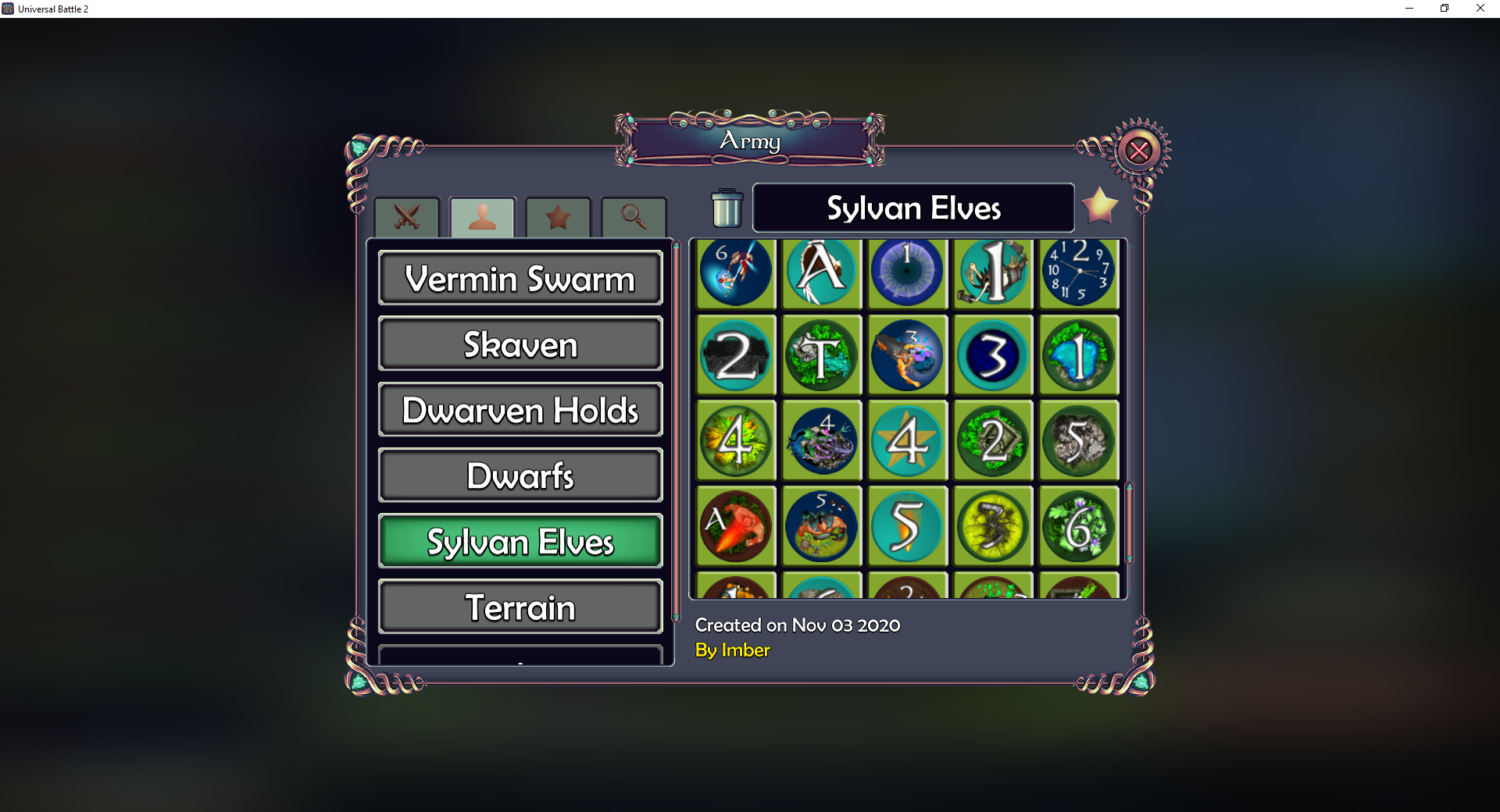 A nice feature to have anyway though, would be to be able to reorder things as I want within an army without having to clone and delete things into order, which as you can see, clearly doesn't work.
Top

Have you tried to press and hold on a model to sort it in the Army?
Top

Users browsing this forum: No registered users and 1 guest